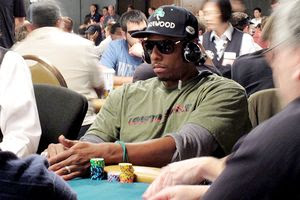 Feldman continued to say;
"After spending some time watching him play, it's clear that he's comfortable. With headphones on, he acts with precision, but his general demeanor is intimidating and adds an element to his game that not many others possess."

No word as yet as to how Pierce is getting on playing the afterhours blackjack tables!

The general consensus from several observers is that Pierce is blending in seamlessly with the other participants. As much as a gigantic NBA star can do so, anyway. Pierce is apparently keeping to himself, but you can bet his decision to wear his NBA Championship is a well thought out and frankly brilliant tactic. You want to go all in with a guy wearing that?

It’s a far cry from draining threes, but Pierce has so far proved he belongs at the event, dealing with conviction and no little skill on ‘The Felt’.

Comments
Comments welcome! Free and open debate and communication are some of the most enjoyable aspects of life. Please leave a comment, disagreements welcome! If you disagree, debate your case by all means. However, anything rude, spiteful or any cowardly anonymous personal attacks will be not be tolerated and will be deleted.
Boston Celtics NBA 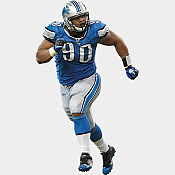