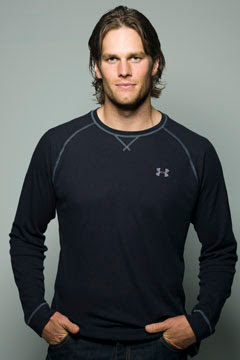 The colourful, multi-faceted world of Tom Brady continues to expand and diversify before our eyes. Brady has apparently left Nike (amiably, his contract simply ran out) and has now signed on to an endorsement contract with Under Armour.

As part of the deal, Brady will wear Under Armour apparel and footwear for training and a new line of customized cleats (customized ‘Under Armour Fierce’ model, apparently) at future games. The multi-year endorsement deal will also include various in-store and promotional advertising campaigns. The New England Patriots QB joins wide receivers Miles Austin and Anquan Boldin as a spokesman for the brand.

Brady has gone for an interesting method of payments, accepting a number of shares as opposed to dollars up front. His financial team must feel that Under Armour has a bright future on the stock exchange (shares closed at $51.76 Monday). Brady and his team have obviously considered the share performance of Nike and Under Armour when making the decision. Nike shares are up 26% year-to-date after closing at $83.61 Monday, which analysts are calling a ‘solid’ figure, but that pales in comparison to the whopping 88% gain enjoyed by Under Armour.

Another potentially interesting aspect is a comment Brady made in the press statement announcing the new deal. Brady said it was important to align with a brand that shares his values. Considering Brady just left Nike, who stood behind Tiger Woods during his ‘issues’, is this comment a not-so-veiled swipe at his former endorsed mega-company? Perhaps it’s nothing at all, perhaps it is actually Brady dissociating himself from Nike because it still backs Woods and his dubious morals. 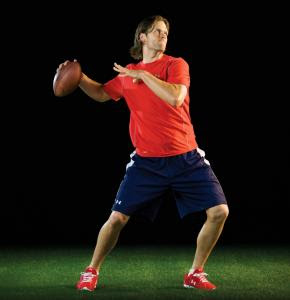 The quote in question;

Of course the major story here is, how will this effect Brady’s current ‘emo’ hairstyle? Will the stylists at Under Armour demand that Brady adopts a more streamlined style, to fit in with the product and the sport in question? Will this spark off a major war between the company stylist and Giselle? Only time will tell.

Now, let’s see what those customized ‘Under Armour Fierce’ cleats look like…